Memoirs of a Psychologist: The Psychology of Money and Children - Teach Them Young or Pay for it Later

The following is a piece on pre-teen parenting tips, co-authored with psychologist Robert Erdei. We partnered with Dr. Erdei to create a series of blog posts geared specifically toward the difficult parenting challenges we were experiencing ourselves. We call this series, "Memoirs of a Psychologist". We hope you enjoy this piece and please don't hesitate to leave a comment below with your thoughts.

Welcome to part II in the series of The Psychology of Money: Money and Children. In this piece, Psychologist Robert Erdei discusses how children perceive money, their understanding of money and the role it plays in their lives. How do you feel about money and children? Should they learn the "value" of money at an early age or should they be kept more sheltered? I'd love to hear your thoughts in the comments below.

Children learn through economic activities to control their desires and acquire skills necessary to live in the society they are raised. They have to follow certain rules, customs and social norms governing the acquisition and use of money. The cultural context also influences the ways in which money is used.

Money is not just a “thing.” Signs, social norms and social representations contribute to the concept of money, making it a complicated psychological system.

Money is not just a “thing.” Signs, social norms and social representations contribute to the concept of money, making it a complicated psychological system. From an economic point of view, money is neutral in the sense that it can be exchanged for any equivalent and it exists outside human relations other than that exchange.

Click below to visit the Memoirs of a Psychologist blog post series home page for more parenting tips and resources.

Parents Control the Use of Money by Their Children

From the point of view of childrearing, money cannot be seen as neutral. Pocket money is a method to control money usage by children; it is a transfer within the family (from parents to children), which is used outside the family later. Social norms regulate its use. Adults usually restrict the use of pocket money, while they might also think that friends might influence their children in a bad way to use their pocket money.

Children do not have an innate sense and knowledge about money; they learn its meaning through the interactions with parents and other adults. The learning of appropriate uses of money is a communicative act. Many researchers point out that money possesses a magic power and the ability of children using money makes them magicians. (Sato, 2011)

Do you want to be a Dadtographer?

Real life happens so fast these days. I'm glad that I have my smartphone with me to capture special moments before they pass me by.

In a way, all parents are also photographers. I have 1,257 photos on my mobile phone right now, in fact. I'm sure you take a lot of photos, too.

I've found that photography is a great way to connect with other parents and share stories that matter to us. A picture is worth a thousand words, right?

You don't need a fancy camera or exciting lifestyle. You just need to share your story with us. If you'd like to be a contributor to Dadtography.com, I'd love to have you! Fill this form out and let's get started!

Thanks for your interest in contributing to Dadtography.com! We’ll be in touch soon.

Children's Interest and Understanding of Money

Grunberg and Anthony (1980) studied children’s interest and understanding of money. They found that interest in money increases between 5 and 7 years of age. From interviews with parents, it was salient that children at this age begin to hoard money, keep accurate savings, they tend to nag parents for money and look for ways to acquire money.

Between the ages of 5 and 7 years, not only does the interest in money rise, but children also begin to develop a rational understanding of money as well. Children recognized and recalled certain items, like a quarter or a one-dollar bill more easily. They start to prefer a one-dollar bill to a hundred pennies. Children’s increased interest in money also results in being less altruistic around the age of seven. They discover the world of money and at the same time, they become reluctant to part with it.

According to Lau (1998), the perception is money is very much determined by the social role of the individual.  Money is an emotion-laden subject and has a high evaluative and moralistic nature.  According to a study with Chinese kindergarten children of five and six years of age, they have found that the concept of money was familiar to them despite not being taught in the formal curriculum. Chinese children showed similar interest in money and responded to questions about money with similar ease like Western children did in the study of Grunberg and Anthony.

Boys and girls did not differ in their association s of money. Children showed little evaluative or moralistic connotations, such as money was good or bad. Six-year olds were more coherent and homogenous in their responses than five-year olds were. To children, money is primarily functional (arguably, unlike adults). 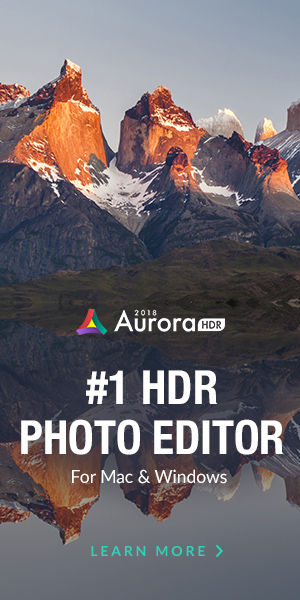 Use code DADTOGRAPHY for $10 off!

How do children learn the significance of money?

From the beginning of their lives, they are surrounded by various things and items. These items are given to them; they do not have to get them for themselves. As they grow, it will become increasingly difficult to get all the things they want or being satisfied with the things they are given.

In modern societies, learning the adequate use of money is a relevant and important developmental task for children. They learn the use of money through the experience of exchanging possessions, but the meaning of money is embedded in the cultural context and therefore has conflicts with the exchange activity. Receiving pocket money is not merely a rational choice and exchange activity, it is part of the dynamic of the ecological system surrounding the child and the parent-child interactions. (Sato, 2011)

Other Memoirs of a Psychologist Posts:

Memoirs of a Psychologist: Divorce’s Effects on Children

One of the greatest risks for children who experience divorce may be that they learn it as the sole solution to marital problems.

Memoirs of a Psychologist: Effects of Divorce on Men

Psychologist Dr. Robert Erdei weighs in on the effects of divorce on men with this newest piece in the “Memoirs of a Psychologist” series.

Memoirs of a Psychologist: Raising Resilient Kids After Divorce

Another great piece from Dr. Robert Erdei writing about one of his passions and specialties: Raising Resilient Kids After Divorce. How do children of divorce survive and thrive?

Psychologist Robert Erdei weighs in with some pre-teen parenting challenges and tips for getting to know your son or daughter.

Memoirs of a Psychologist: Help for Parents of Defiant Teens: Part I – Is My Child Defiant?

Part I in our “defiant teens” series: Help for Parents of Defiant Teens: Part I – Is My Child Defiant? Psychologist Robert Erdei sheds light on a common problem.

Memoirs of a Psychologist: Pre-Teen Behavior Challenges and Solutions

Dadtography.com presents another guest post from Psychologist Robert Erdei where he helps parents deal with pre-teen behavior challenges and solutions.

Memoirs of a Psychologist: On Childhood Obesity

Memoirs of a Psychologist: dealing with childhood obesity – how to identify symptoms, risks and prevent our children from becoming overweight.

Memoirs of a Psychologist: Bedwetting Solutions

Psychologist Robert Erdei tackles the tough topic of bedwetting (enuresis) including diagnosing the condition, explaining the causes and solutions.

Memoirs of a Psychologist: Asperger Syndrome in Children

Memoirs of a Psychologist: Selective Mutism in Children

Another great Memoirs of a Psychologist piece is for parents: Selective Mutism in Children. What are the causes, treatments and what to expect.

Read More
What do you think? Do you have tips for teaching children the value of money? Leave a comment below!